Top 10 Most Successful Ex-BBNaija Housemates in 2022

Success is defined as the accomplishment of a goal and can be quantified in a variety of ways. WN has compiled a list of the top 10 most successful former Big Brother Naija housemates since the show’s start. These reality stars have effectively used their show’s popularity to land more lucrative possibilities.

Big Brother Naija is undoubtedly one of Africa’s most popular reality series, and if there is one ex-housemate whose influence will never be questioned, it has to be Ebuka Obi-Uchendu. The lawyer entered the inaugural season of Big Brother Nigeria in 2006 and quickly rose to prominence among his colleagues and fans as one of the most popular housemates.

To many’s surprises, he was evicted on day 57, but it did not stop the obvious star from standing out and shining brightly.
Ebuka maintained a weekly column for a national daily for nearly two years and wrote for blogs in what appeared to be a carefully timed move. He has established himself as a media figure, becoming one of Nigeria’s most in-demand comperes and TV hosts. It’s unsurprising that marketers began after him, and he negotiated endorsement deals with a big telecommunications firm and a well-known brewing company.

Ebuka returned to the media arena in 2017 after completing his Master’s degree in the United States. He is currently the host of several shows like Rubbin Minds, Judging Matters, and the show that launched him to prominence, BBNaija. He is also an ambassador for a number of products, including the alcoholic beverage Budweiser and Samsung, a major telecommunications equipment manufacturer.
To be honest, he did not win the competition, but he used the occasion to establish himself as one of the top Nigerian television show hosts.

According to history, the trick is not simply to win the BBN but to maintain relevance following the show’s conclusion. Gideon Okeke was also one of the 14 housemates during Big Brother Nigeria’s inaugural season in 2006. He shared a house with the winner, Katung, and Ebuka, but he, too, did not win the competition.

He was, curiously, the sixth housemate to be expelled. Gideon, like Ebuka, was a popular favorite.

Following his appearance on the reality show, Gideon concentrated on his acting ability and rose to prominence as one of Nigeria’s top thespians.

He became a member of the cast of the popular M-NET series Tinsel. Additionally, Gideon was the host of DSTV’s Money Drop game show.

He also portrayed Fela Kuti in Fela.. Arrest The Music, is a musical that honors the Nigerian Afrobeat legend’s brilliance.

It’s difficult to ignore Bisola Aiyeola’s tremendous advances since her 2017 appearance on the ‘See Gobe’ edition.

Although Bisola had already achieved celebrity status through a reality singing competition and appearances in films prior to joining the house. She demonstrated her variety by performing numerous duties around the house, including mental and physical tasks.

She finished as the show’s first runner-up and went on to star in a number of television programs and popular blockbuster films, earning wonderful reviews for her performances. She has also developed a reputation as a brand ambassador, appearing in television ads, shows, and billboards.

Without the duet lovebirds, this list would be incomplete. Teddy A seized fame and money with both hands following his appearance on BBNaija season three. He was a fan favorite during his stay in the house.

Though he did not win the prize money, he made an impression on the show and thankfully met his life partner.

BamBam’s claim to fame is her appearance on BBNaija season three. Apart from meeting her future husband in the residence. BamTeddy married in Dubai in 2019. They both capitalized on their celebrity on BBN to establish careers in Nollywood. They currently host their reality program and have both been in films such as Before Valentine (2022), 37 to Go (2022), and Lockdown (2022). (2021),

BamBam has paid collaboration agreements with brands such as Mega Growth, Green Essence, and Speedy Weightloss.

Tobi Bakre was a 2018 housemate on BBN’s ‘Double Wahala’ series. He came into the house as an investment banker, but it was immediately apparent that he possessed an aptitude for photography, drawing, and modeling.

As time passed in the house, his ability as an actor, a compere, and a television host became apparent. Following his third-place result on the show, Tobi quit banking to pursue a career in the entertainment sector full-time.

He has also presented television series and reality talent competitions, in addition to pursuing his passions for photography and painting. Tobi has also signed endorsement partnerships with Unilever, Amstel Malta, and Jumia over the years.

The fair-skinned video vixen entered the BBNaija ‘Pepper Dem’ house unaware of the fate that awaited her. Mercy Eke was just interested in the massive exposure that the show would provide, but little did she know that she would receive much more.

Mercy was crowned the season’s winner after a grueling 99 days packed with tension, conflicts, and romance. She was the show’s first female winner. Her post-show career has been even more glamorous: she has landed a slew of endorsements and has acted as an influencer for a variety of firms, including a tea company, a cryptocurrency company, and an automobile dealer. Additionally, she owns a real estate company.

Natacha Akide, a.k.a. Tacha, was already well-known previous to her BBNaija ‘Pepper Dem’ journey (2019). Tacha was severe and blunt with her housemates from the start, which depicted her as feisty. Despite being often nominated, she prevailed by being at the top of the public voting poll.

Her path to the finale was cut short when she was disqualified for a rule violation. She has, however, received a warm reception since she left the house, as she has been a darling of brands worth millions of Naira, the most recent being with Trophy – an alcoholic beverage firm. She has a blog and recently began her logistics company, with the help of her passionate followers, who funded the purchase of a van for her business. 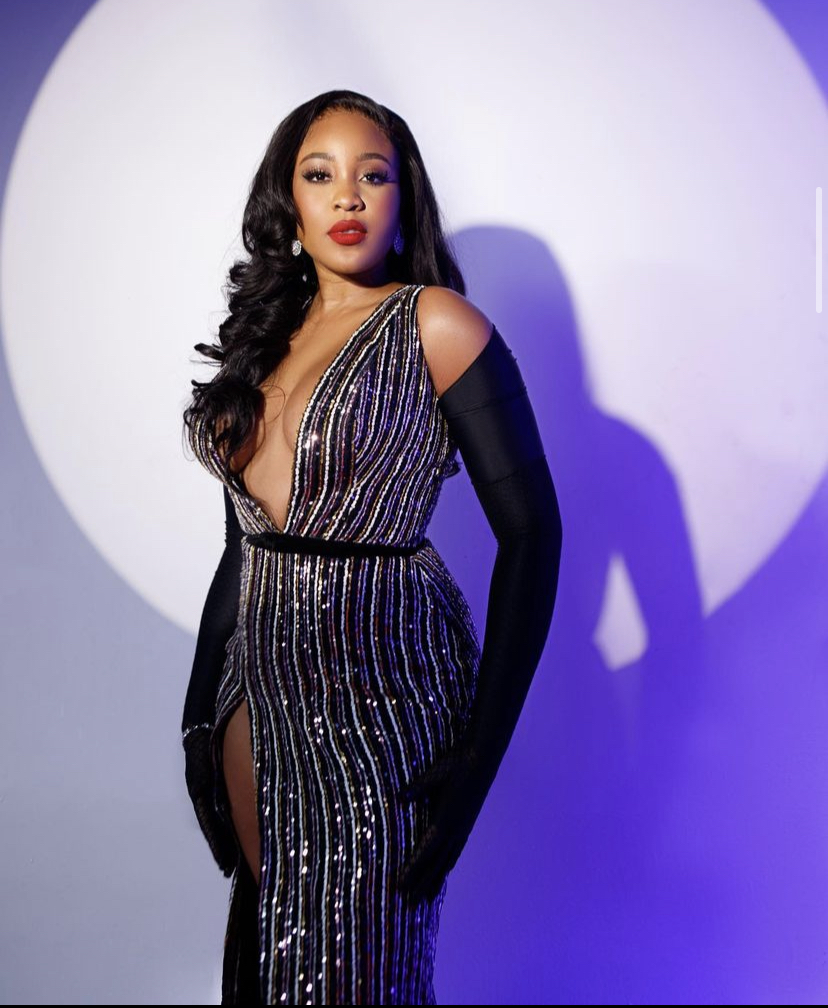 Erica Nlewedim embodies the phrase “creating lemonade out of lemons.” While she has been in a number of films and television programs prior to entering the Big Brother Naija ‘Lockdown’ house (2020), she did not achieve notoriety until she was cast on the show.

The actress immediately stood out in the acting assignments set to the roommates and lived up to her moniker ‘Star girl.’

Unfortunately for her, despite being the Head of House, she was disqualified on day 49 owing to disciplinary difficulties. Regardless of the turmoil, Erica walked out of the house to huge fan support and the interest of brands who promptly signed her up. As a gesture of support, her supporters launched a GoFundMe campaign, which raised millions for her.

Among her endorsements are Star Radler and Legend – both popular alcoholic beverage companies; Supa Komando – an energy drink brand; Kuda – a bank; Get Glow – a teeth whitening company; and Knorr – a food seasoning brand.

She has also starred in a number of high-profile blockbusters set to hit theaters later this year.

Olamilekan Massoud Al-Khalifah Agbeleshebioba, better known by his stage as Laycon, immediately had the audience talking about him. In the BBN home, the singer, rapper, and composer was quite quiet.

Each week he was nominated, he topped the public vote and went on to win the Big Brother Naija ‘Lockdown’.

As expected, sponsors were keen to secure his endorsement, and he signed partnerships with an alcoholic beverage company, a confectionery company, and GOtv, which is owned by MultiChoice, the show’s organizers. He has continued to ride the wave of fame generated by the house, releasing two albums in 2021. Shall We Begin (April) & I Am Laycon (October).

Roseline Omokhoa Afije, popularly known as Liquorose, was a Shine Ya Eye participant on Big Brother Naija season 6 in 2021. Liquorose is a complex substance. Despite her diminutive stature, she is an accomplished choreographer, creative dance craftswoman, entertainer, model, and video vixen. Prior to her appearance on the show, she appeared in a number of Nollywood films and television drama series, including The Johnsons (2012). The OAP (2015) and HEX, a short film (2016).

Liquorose was also a well-known dancer before to joining BBN, having appeared in videos for Reekado Banks’ Chop Am, Selebobo’s Yo Yo, Runtown’s Oh Oh, and Xcellente’s Jalla with Solid Star.

Liquorose also dabbled in dancing and posted footage of her antics on social media until she was spotted by Nigerian music video producer Clarence Peters, who urged her to collaborate with E4ma and Ellaley on one of his video projects. The trio – E4ma, Ellaley, and Liquorose – then formed Girls Gone Bold aka GGB Dance Crew, which was highly popular online prior to BBN.

Fast forward to her post-BBN existence; as the first runner-up, she, like some of her colleagues, has maintained relevancy. She has landed endorsement arrangements with a number of high-profile products, including JaysFinder – a tracking company; Kuda – a bank; and The Shapeables – a waist training company.