Nollywood actress, Nkechi Blessing Sunday has claimed that her new house which she unveiled in February, 2022 is worth a whopping N800 billion.

The actress made this known on her Instagram page as she subtly shaded her colleague, Laide Bakare.

Laide Bakare had stated that her new house which she recently unveiled was worth 100 million naira.

Joining the bandwagon of fake life, Nkechi Blessing also revealed that her house is worth almost a trillion naira. 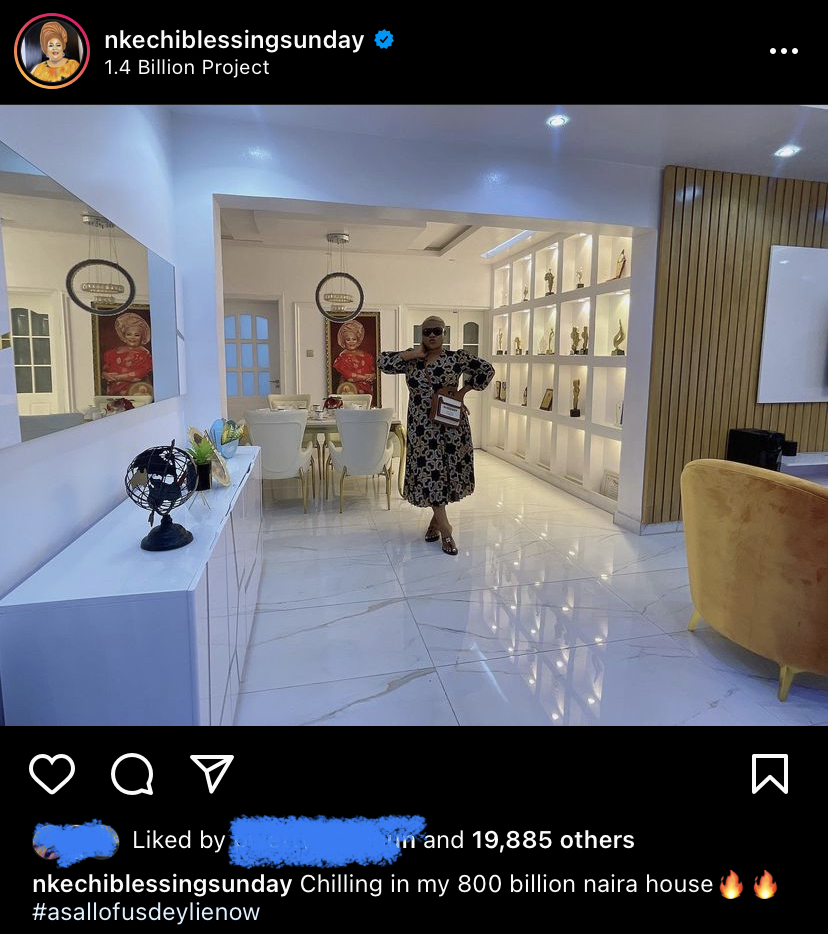 She made this known as she proudly showed off some the interiors in the new palatial home.