Jemima Osunde, a popular Nollywood actress, has slammed a Twitter user who asked that Ebuka Obi Uchendu be replaced as the host of reality TV show; Big Brother Naija.

Jemima Osunde replied: “I pray with everything I believe in that someone will orchestrate your own job being taken away from you and it will work.
I said what I said. You should get the wickedness you give out as well.

“Why are you people so mean?”

See the rest of her tweets below. 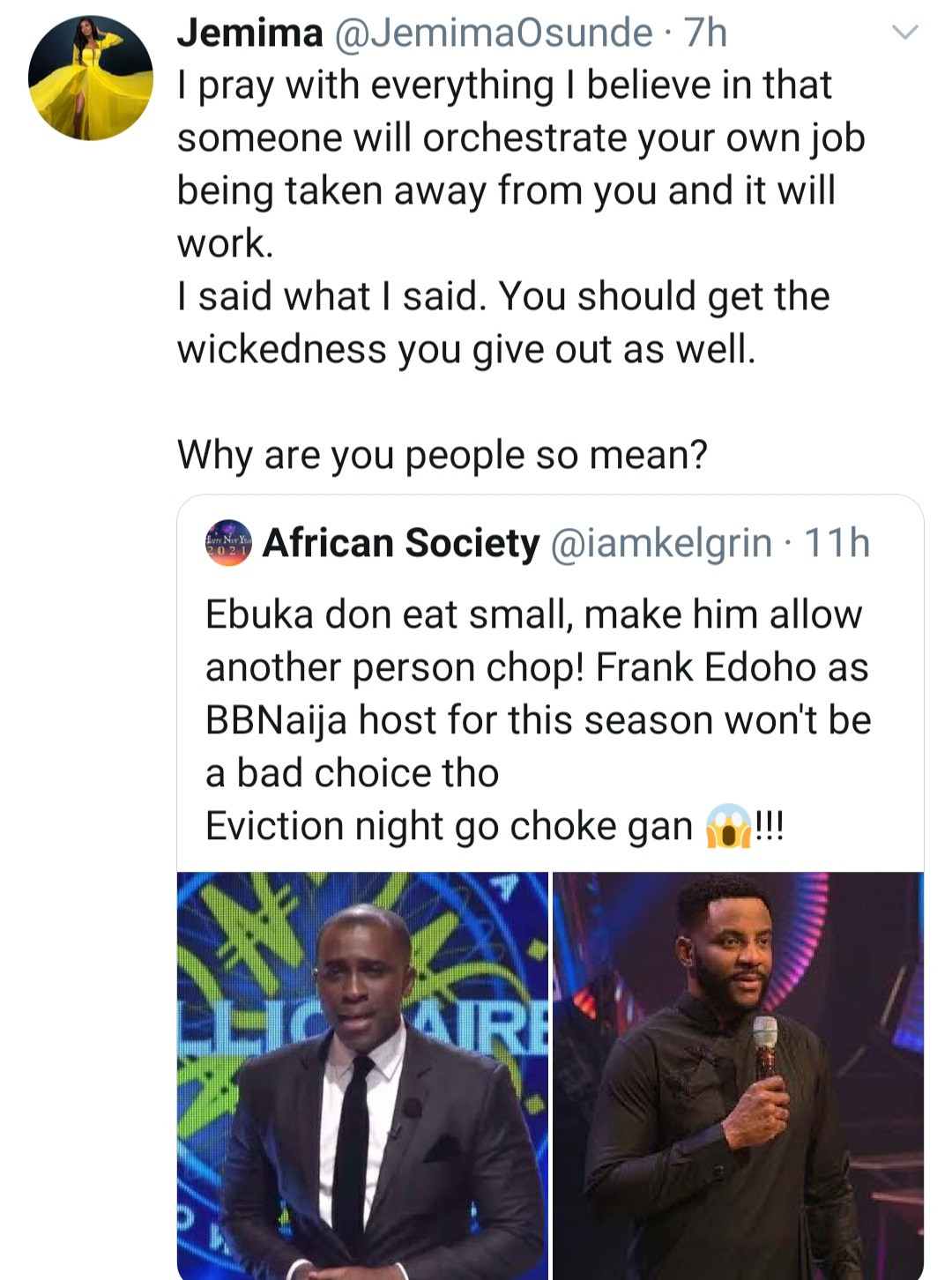 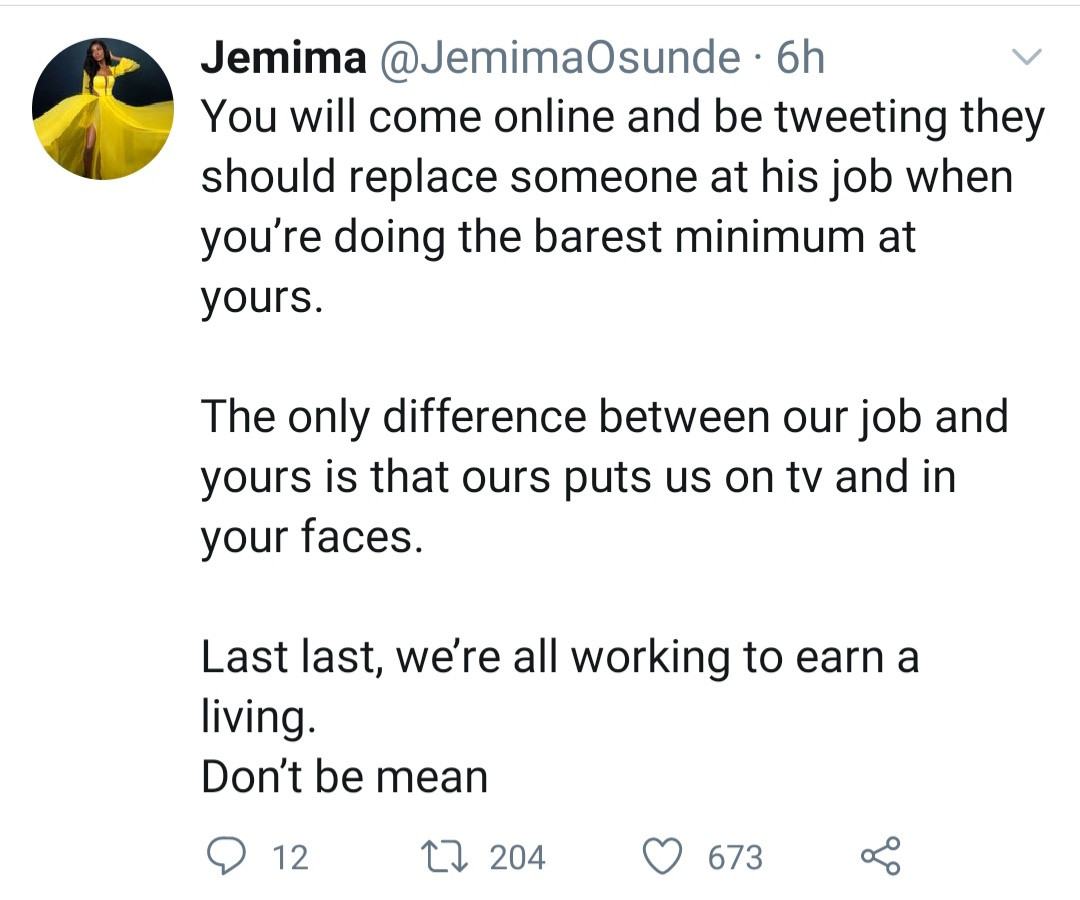 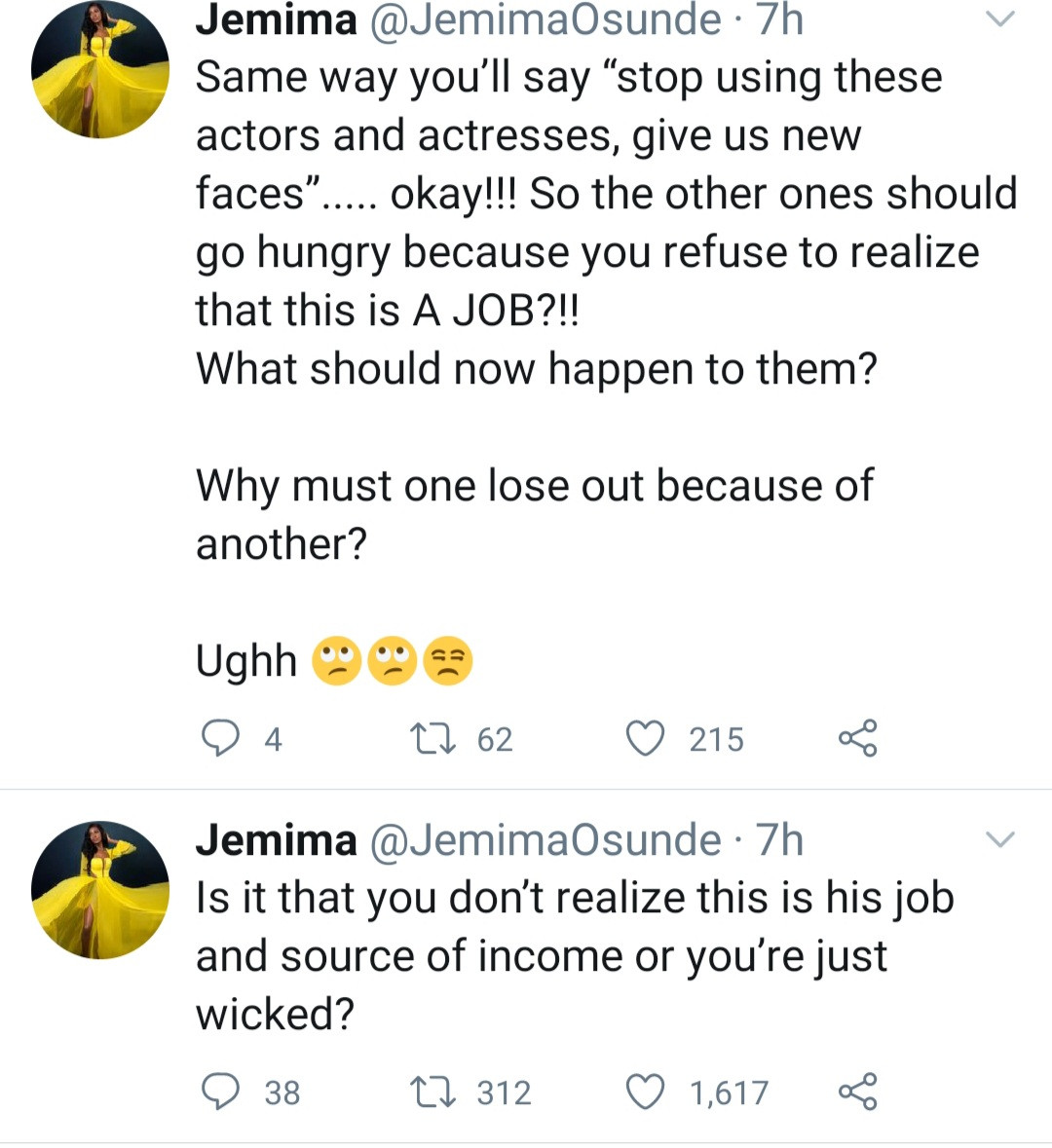