After winning big at the 64th Grammy Awards ceremony, Rapper, Kanye West has matched his colleague and former boss, Jay-Z as the rapper with the most Grammy Awards in history.

During the award night which took place on Sunday night, April 3, Kanye Westwon the award for Best Melodic Rap Performance for his song “Hurricane” and also won best Rap song for Jail, a song he featured Jay-Z in, giving him a career total of 24 Grammies.

He was nominated for 4 other categories, including two Best Rap Album nominations for Donda, Album of the Year for Donda and Best Rap Song for “Jail”.

With this win, Kanye West officially ties JAY-Z for the same number of GRAMMYs received among hip-hop artists.

They both have 22 awards individually. 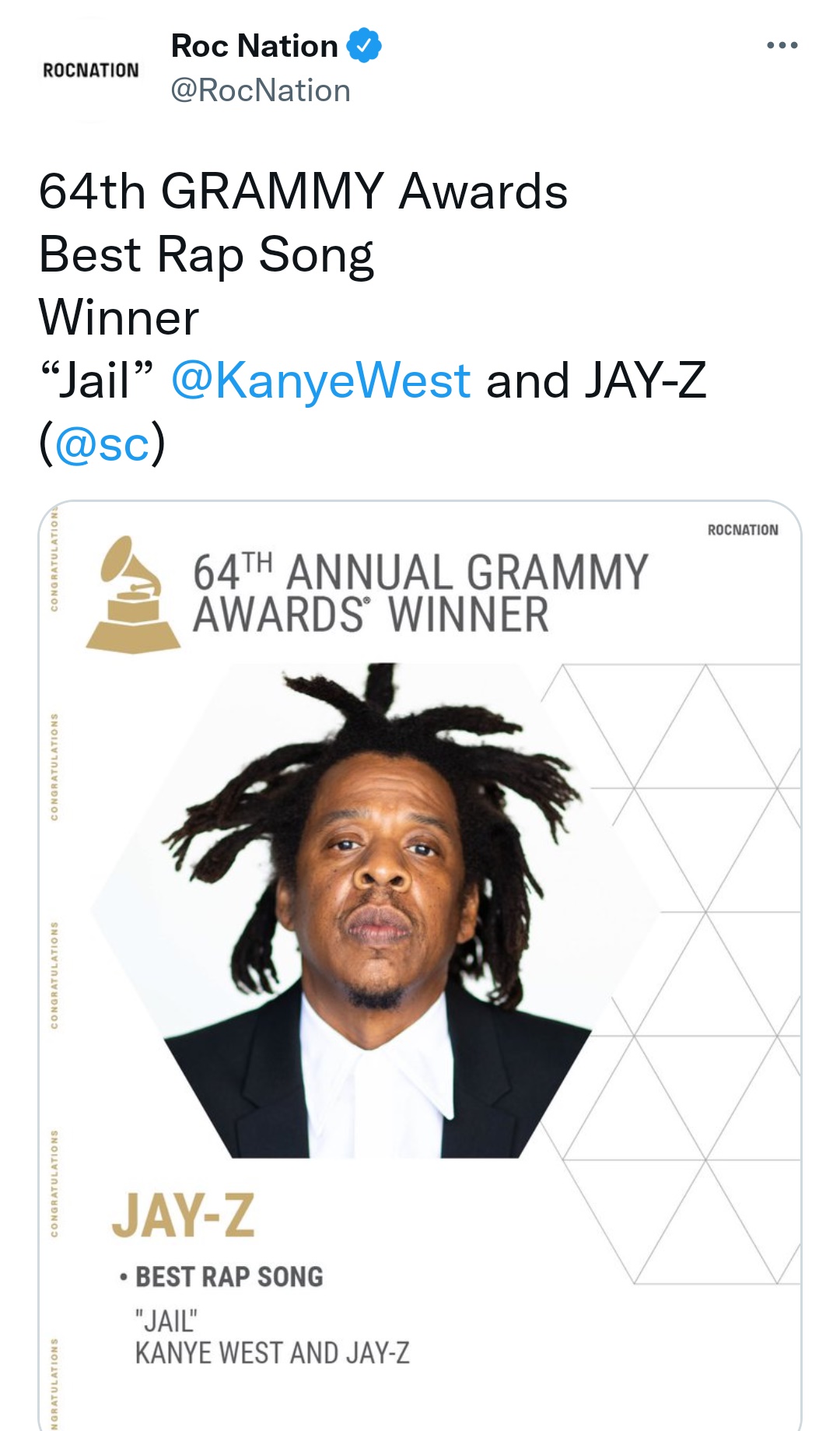 Since then, the rapper has been nominated seventeen times with mentions for Album of the Year or Producer of the Year.

The first time West was nominated for a Grammy was in 2005, he won Best Rap Album for his debut album “College Dropout”